A brief write-up on Kottakkal Arya Vaidya Sala, Kerala, is posted right below the following images of this renowned Ayurvedic Centre of India.

Want to try some of these age-old healthy, herbal Ayurvedic preparations? 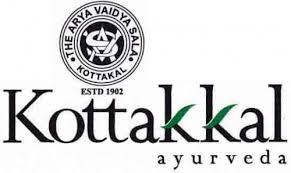 Kerala is famous worldwide for its holistic Ayurvedic Treatment on human body and human mind, & attracts large number of people, mostly patients,  from around the country and around the world.

Today Kerala has become the prime destination for the Indian Healing System of Ayurveda. Ancient Inscriptions in India reveal the rich practice of this Traditional Indian System of Ayurvedic Medicine, that we have almost forgotten today. Inscriptions in India connected with medicine are rare, but we have enough of them to give us an idea that some temples in India had Healing Centres attached to them. These temples were mostly Vishnu Temples, since Hindu God Vishnu is said to be the  preserver of life in the Cosmos. Vishnu is also worshipped in India as Dhanvantri : The God of Ayurvedic Medicine.

Kottakkal Arya Vaidya Sala (AVS) is more than a century old  Ayurvedic Institution, engaged in the practice and propagation of Ayurveda, the ancient healthcare system of India. AVS offers classical Ayurvedic Medicines and authentic Ayurvedic treatments and therapies, to patients from all over the world.

AVS was established at Kottakkal in Kerala State of India in 1902, by the visionary Ayurvedic physician and philanthropist, the Late Vaidyaratnam P.S. Varier. Initially started essentially as a village clinic, AVS has now grown into a multi-unit, multi-disciplinary and multi-crore organisation. It has operations in multifarious areas of Ayurvedic practice.

Today, Kottakkal Arya Vaidya Sala is a name synonymous with ‘Quality Ayurveda‘ : A name that offers a new meaning to the life of suffering humanity.

The Great Immortal Ayurveda is wide enough to include all that is essential to make a man physically & mentally healthy and happy. It includes the study of right conduct (Dharma), which is necessary for the healthy growth of society in which man lives. Further it deals with the philosophical aspect of life, the knowledge of which contributes greatly to the comfort and happiness of all human beings. Ayurveda does understand the limitations of human efforts. Still it firmly believes in the means of prolonging life and the methods of invigorating it.

Ayurveda recognizes the Universal Truth that Mind is very powerful both in the causation and cure of diseases. So, strict mental discipline and adherence to moral values are considered a very important prerequisite for robust mental & physical health. Therefore, ethical basis of life is described as an important health support system.

Many special treatments prescribed in the ancient medical classics of Ayurveda for some of the most distressing diseases, are currently practised only in Kerala. The State of Kerala stands out prominently in the backdrop of India’s rich Ayurvedic Tradition. Centuries have passed since the various Ayurvedic treatments and food habits have become an integral part of the Keralite lifestyle. This is so because Ayurveda is not simply a mode of healthcare in Kerala, but also a fundamental approach to life. You can find hundreds of herbs with medicinal properties, in the courtyards of Kerala houses. The easy availability of such a wide variety of herbal medicine in Kerala, has facilitated the development of several unique Ayurvedic medicines and treatment methods over the years.

These Ayurvedic treatments are specially effective in Paralysis, Rheumatism, Arthritis, Spondylosis, and other Psychosomatic Diseases. The Classical Therapies of Ayurveda are also made use of, for devising new treatment modalities, to deal with several serious ailments of the modern man such as Parkinsonism, Motor Neuron Diseases, Cancer etc.

Arya Vaidya Sala has played a vital role, in spreading the concept of Ayurveda as a great Medical Science, fighting all odds of the Scientific Western World. The experienced physicians of AVS and the Ayurvedic medicines and treatments of AVS, have given due recognition to this Indian Healthcare System. At present, this organization has branch in every nook and corner of Kerala, besides many major Indian cities.

Ayurveda is more of a way of life rather than a medical science. The Ayurvedic system helps the healthy person to maintain his/her already good health, and diseased person to regain his/her health. Ayurveda firmly insists about one’s diet, daily routine, life style and activities to be followed on a daily basis and according to the climatic changes, age and individual potency, to keep himself /herself healthy. The ancient System of Ayurveda has been designed by the ancients to promote human happiness, health and creative growth.

Ayurvedic treatments remove the root cause of a disease, & give a permanent cure. Medicines are prepared from natural resources like herbs, minerals etc, and this in turn are accepted and assimilated in the body, without creating any side effects.

The knowledge of Ayurveda was passed on orally through a lineage of Sages in India, until it was collated into text more than five thousand years ago. The oldest known texts on Indian Ayurveda are the Charaka Samhita, Sushruta Samhita, and the Ashtanga Hrudaya.

Earlier, there were a lot of complaints about heavy metals being used in Ayurvedic drugs. But the important fact about Ayurvedic Science people are not aware of is that, these heavy metals go through innumerable processes in internationally reputed Ayurvedic Centres, before being assigned the status of medicine for human intake.