An Article From The Hindu Businessline 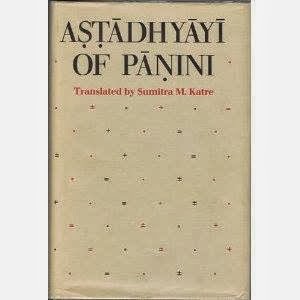 In the 6th century B.C. Panini formalised the phonetics of Sanskrit through his scientific grammar. “Huge amount of ideas are buried in the Astadhyayi. They can be used for formal language processing in computer science,” says Prof. Furio Honsell of Italy: A Professor of Computer Sciences.
An ardent admirer of Panini, Prof. Honsell, said modern day ‘Compilers’, come closest to the tools that the great Indian grammarian used to give form and content to language, especially Sanskrit.
Compilers are special programmes that help process statements written in a particular programming language and turn them into machine language or “code” that a computer’s processor understands.
Prof. Honsell, who is researching into the history of computers, said, “I first encountered the seminal work of Panini about nine years ago and was very impressed. He seems to have anticipated a lot of techniques that are being developed in modern computer language processing.”
Panini’s syntax has been found suitable for computer codes and most world languages adhere to his syntax.
Excited about the work, Prof. Honsell has authored An informative investigation into Panini’s Astadhyayi, and says that the focus on grammar is consistent throughout the long history of India. The use of Algebra is conspicuous in Panini’s work and later day works by Indians.
Panini could be appropriately considered as the forerunner of the modern formal language theory used to specify computer languages. It was only towards the end of 1950’s that the contributions of John Backus of IBM in developing the first compiler gave impetus to the language processing.
It is indeed remarkable that concepts which are considered fundamental to modern day’s theoretical computer science should have their origin with an Indian genius more than 2,500 years back.
Spread India's Glorious Cultural & Spiritual Heritage